The Art of Getting What You Want

How do we get what we want in work and in life? That question drives many of our habits and behaviors and has turned countless of books, workshops, seminars, and retreats promising the answer to that very question into a billion dollar industry. We are given thousand different pieces of advice promising us the path to getting what we want, most of which involve overcoming our fears and persevering through setbacks. And in addition to external obstacles, we also tend to set up our own obstacles, thinking all that could go wrong or creating reasons we’re incapable of accomplishing a goal. With all these obstacles, sometimes we forget that the path to success may be simpler than we realize.

Many successful people in a range of professions advanced their careers in creative and unorthodox ways. Here are four inspiring success stories from people who made their own luck.

He began writing a humor column for the school paper at the University of Chicago. He learned that author William F. Buckley was visiting the campus, so Brooks sent the author a parody of his memoir and added a note that read: “Some would say I’m envious of Mr. Buckley. But if truth be known, I just want a job and have a peculiar way of asking. So how about it, Billy? Can you spare a dime?” Author Buckley announced during his lecture at the university “David Brooks, if you’re in the audience, I’d like to give you a job.”

Sometimes it’s just as easy as asking for what we want, regardless of what our mind is telling us the answer will be.

Even famous, Oscar winners have to fight to land a role they knew was meant for them. Field did a screen test for Steven Spielberg and he refused her for the part saying she was “not right”. Field convinced her soon to be leading man, Daniel Day-Lewis, to fly to LA from Ireland (just for the day) to improv with her in full costume for Spielberg. What happened? Well, she nailed it. In Sally’s own words “To actually become Mary, I had to demand that they didn’t walk away.”

Sometimes we have to demand for people to not walk away until we can prove them we are the right choice for the job.

Anderson began his media career as a fact checker for Channel One, which only broadcasts in schools. Cooper had just received his degree in political science from Yale but got bored pretty quickly with the position he had. Rather than stay put where he was, he took his video camera to Southeast Asia, where he filmed scenes of strife in Myanmar and parts of Africa. This stunt earned him the position of chief international correspondent for Channel One and ultimately caught the attention of ABC News and the rest is history.

Sometimes we just have to be ambitious and do whatever it takes to accomplish what needs to take you to your goal. 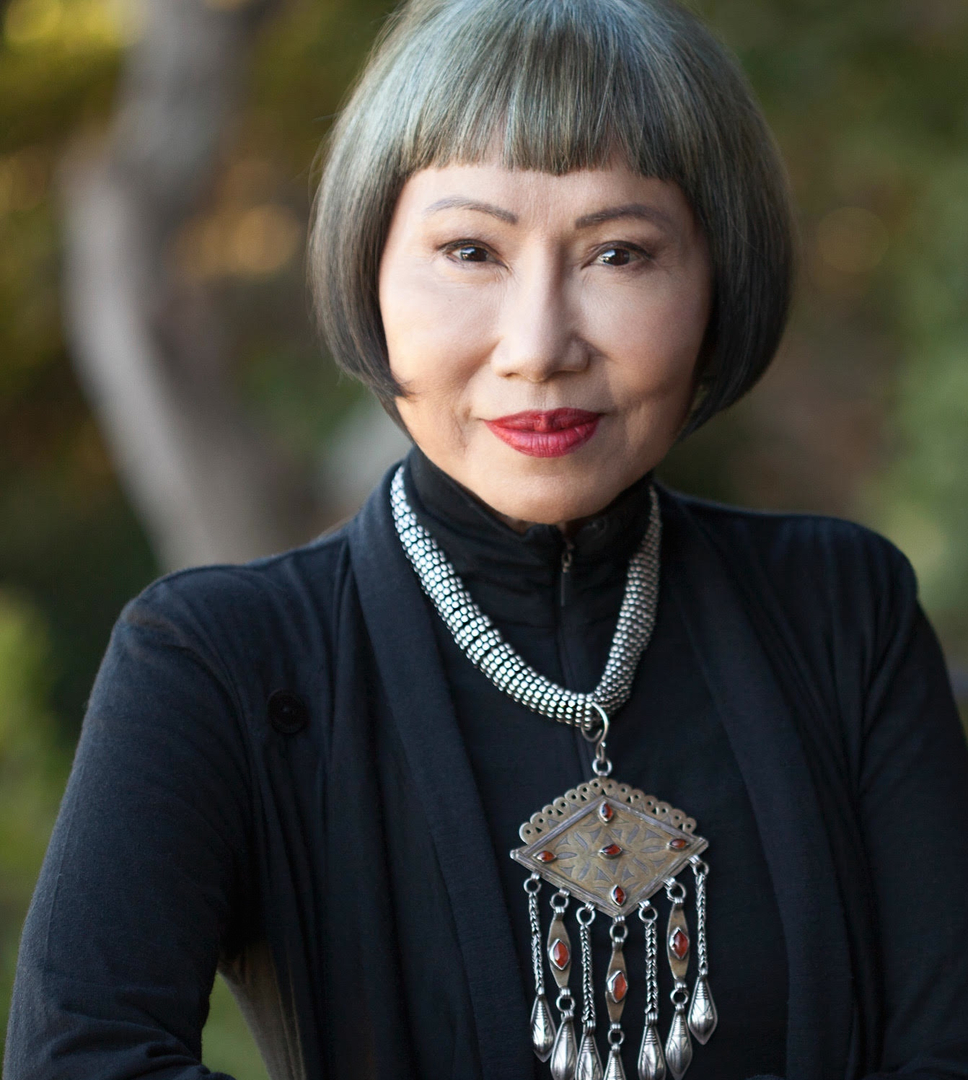 Amy ran a technical writing business with a partner and focused mostly on account management, but constantly felt unfulfilled in her position. She shared with her partner her desire to do more writing, but he told Amy to keep doing what she was “most good at” which was chasing down contractors and collecting bills and was her least favorite part of her job, and that writing was her weakest skill. She fought back repeatedly, and when her partner refused to acknowledge her skill, Amy ultimately quit. She took on a heavy load of freelance assignments, and went on to write a handful of best selling novels.

Overall, it just takes you to know that you’ve got what it takes, go after it full force, and not give naysayers (including the ones inside your own head) the opportunity to tell you otherwise.

It’s that time to get your apartment organized, but oh how I get frustrated when it comes time to purge. I mean, what am I going to do with all this stuff that we have accumulated over the years? It’s a daunting task. But it’s time to weed through all of the unnecessary things and get my apartment organized.

If you think getting your apartment organized will happen over night, you are terribly wrong. Home organization is a step-by-step process. It’s the only way for it to be long term. It may take you more than day. Heck, it may take you weeks to get everything manageable. But once you do, staying organized will be easier.

1. Ask for help. Get the whole family involved. Have a sister/brother/best friend that likes to clean like I do?  Call them up and have them come over and help. If everyone pitches in, especially the kids, they will learn a thing or two about controlling clutter and messes in their own lives.

2. Start with high traffic areas. In my apartment that would be the living room. After all, that is the most used room in the apartment. Before moving onto another room, make sure you have everything set up just the way you like it.

3. Use storage containers. I am partial to baskets when it comes to storage containers. Not only are they pretty but they are functional. I choose baskets that match the decor in the room so that no one would even notice they are being used for storage. I especially like using a large basket to store blankets in the winter.  When it comes to my pets toys, I like to use plastic shoe boxes to hold toys and stuffed animals.

4. Divide items into categories. When ever I am forced to purge, I always have piles: Keep, Trash, and Give Away. Usually my keep pile is larger than the others but I am working on that one! I have gotten better in letting go of things especially when I’ve outgrown them and haven’t used/worn them in a long time. The clothes and things that are in good condition are either donated.

5. Remove everything from drawers and cabinets. Pull everything out! It may seem like a time consuming process but it helps me when I am working with an empty space. When you keep everything jammed in the drawer, you just push things around instead of actually cleaning out.

6. Label your containers. I will admit that there have been times that I threw things into a bin and forget they were there. Out of sight, out of mind! Use tape and a permanent marker to identify the contents of your storage containers so this doesn’t happen to you.

Organizing your entire home may take a lot of time. But, once it’s done, returning everything you use to its proper place will help maintain a level of organization!

Want something delicious to munch on for this Holiday season? Have a sweet tooth? Here’s the perfect treat for you: The Nutella cherry hazelnut fudge! Nutella gives this fudge a smooth texture and luscious nutty flavor. Add some hot chocolate to go with it and you will have the perfect holiday treat!

Need ideas for all of those left overs after Thanksgiving?

You can make the most of even the smallest pieces of leftover meat on your holiday turkey. I simmer the bones to get the rich flavor, then easily remove any meat that remains. I add rice, vegetables and cream soup for a hearty turkey soup that’s tasty and economical. —June Sangrey, Manheim, Pennsylvania

This hearty, rich-tasting main dish is sure to be a hit with your family. It’s a delicious way to use up Thanksgiving turkey, and you can substitute 5-1/2 cups leftover mashed potatoes for the 6 potatoes. —Mary Lou Timpson, Centennial Park, Arizona

Here’s a wonderful, stick-to-the-ribs dish that slices well since the filling is thicker than that of traditional potpies. Prebaking the crust makes it crunchy.—Tamara Furda, Naperville, Illinois

Bacon, turkey and Swiss cheese are the base of these unique and delightful enchiladas. You’ll need about 1-1/2 cups of leftover turkey meat for this recipe. —Anna Ginsberg, Austin, Texas

I make this recipe often around the holidays. It’s a wonderful way to use leftover turkey without feeling like it’s a “repeat” meal. I love pasta, and the creamy sauce in this primavera is so easy to make. —Robyn Hardisty, Lakewood, California

Feel a chill in the air? Here are some easy tips to keep warm the chilly Fall season:

1. Warm yourself first.
It’s easier to change your body temperature than room temperature, not to mention more eco-friendly. Instead of turning up the heat, put on another layer of clothing.

2. Wear a hat.
Your mom may have said that you lose 80 percent of your body heat through your head, but that’s not actually true. If you’re otherwise clothed, you’ll lose heat from any surface that’s exposed. So put on your hat, even if you’re inside.

3. Turn on the ceiling fan
.Warm air rises to the ceiling. Run your fan on its lowest setting in a clockwise direction to push the warm air back down to where you can feel it.

4. Switch between hot and cold water in the shower.
Hot showers immediately warm you up, but cold showers improve blood circulation between your skin and organs. Cold showers are also correlated with a stronger immune system.

5. Block drafts with a pool noodle.
Keep heat in and cold out by cutting a pool noodle in half lengthwise, wrapping it in fabric, and sliding it under your door. It’ll stay put all winter, and you can re-use it at the pool come summer. (But we recommend you spring for a new one.)#signaturepropertygrouplifestyle#cedartrace#Fall

-For more fun facts about how to keep warm go to http://mentalfloss.com/…/12-toasty-tips-staying-warm-cold-w…

Stop by the Cedar Trace leasing office on November 21st for some gingerbread Cookies and coffee with the leasing staff. We will be serving cookies all day!

We are collecting canned food for the month of November, every 5 cans will get you entered to win a free turkey dinner this Thanksgiving. Residents can enter as many time as they like ( 5 cans or more to be entered for the Thanksgiving dinner), and anyone with a big heart can donate as well. All donation will go to the second harvest food bank. For more information please call or came by the leasing office.

All about the kitties

Need some family fun? Check out “Made for the Holidays”